Skip to content
This weekend saw #AbolishFrontex protests and actions in Belgium, Germany, Italy and the Netherlands that highlighted national contributions to Frontex. Activists from many groups showed their solidarity with the Swiss referendum against Frontex. In Switzerland itself, various actions took place:
On the morning of April 22, activists in Bern blocked the Swiss Federal Office for Customs and Border Security (BAZG). The BAZG is the institutional connection to Frontex. It is complicit in the crimes committed at the Schengen external borders by sending border guards on Frontex missions, representing Swiss interests on the Frontex Management Board and by being connected to Frontex’s surveillance network. 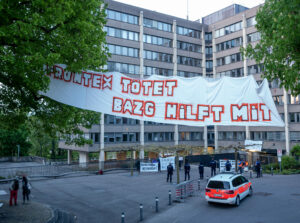 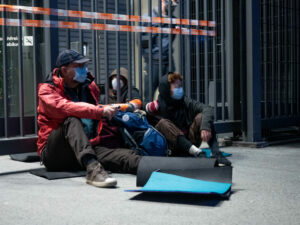 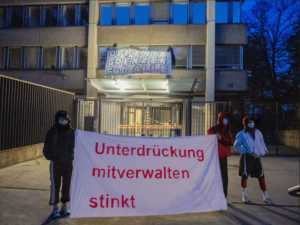 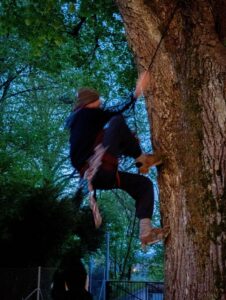 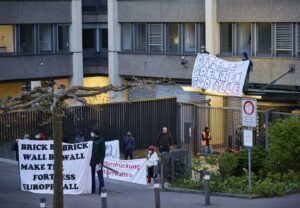 On the next day, more than a thousand people took to the streets of Bern to demonstrate against the planned increase in Switzerland’s contribution to Frontex. 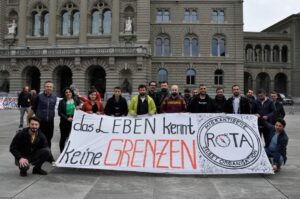 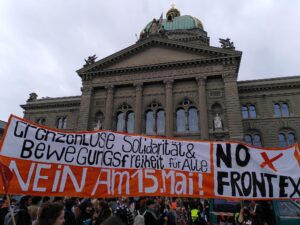 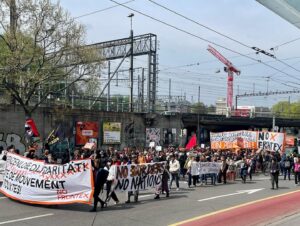 In the Netherlands, activists demonstrated in The Hague along several government offices that are complicit in the Dutch contribution to Frontex. The ministry of defence, the ministry of Justice, and the ministry of foreign affairs saw various actions take place. 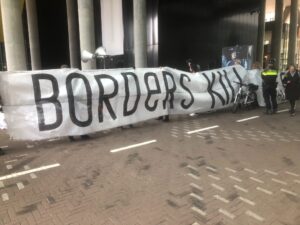 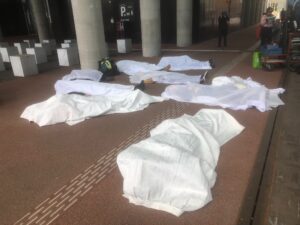 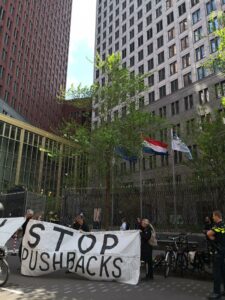 The protest ended at the office of the Dutch arms lobby organisation NIDV, where activists distributed Airbus shares showing the true cost of the company’s activities. 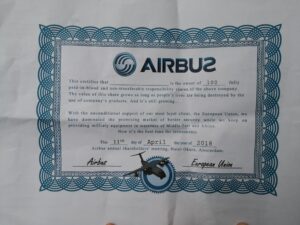 Activists in Brussels staged a visual action in support of the Swiss referendum in front of the European Parliament, the Swiss embassy and the Frontex office. 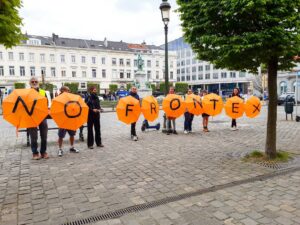 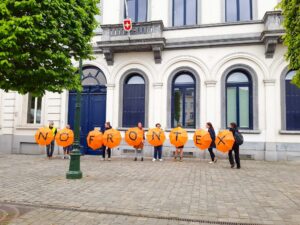 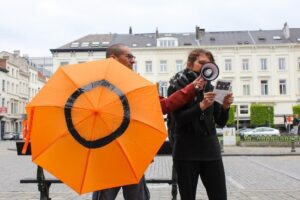 In Berlin, activists visited the company Sopra Steria that designed the fingerprint database used for Dublin deportations. The contracts between Frontex and Sopra Steria are one of many examples how racism and capitalism operate together: racist laws generate corporate profits. 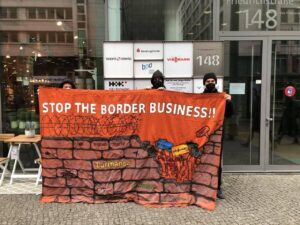 On April 24, Berlin groups organised an Abolish Frontex workshop with Matthias Monroy, Luisa Izuzquiza and Bérénice Gaudin on pushback and surveillance infrastructure in the Mediterranean Sea, Frontex’s new role, its control deficit, the German contributions to the EU border regime and how we can build resistance together. 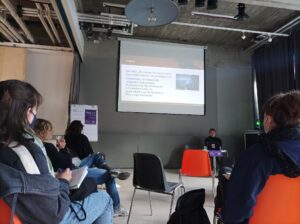 In Rome, a demonstration was held at highly symbolic square in the north of the city, which is right in front of the largest military infantry school in Europe. 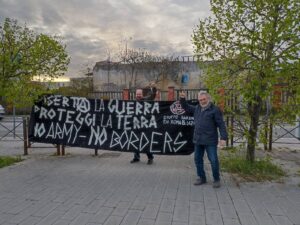 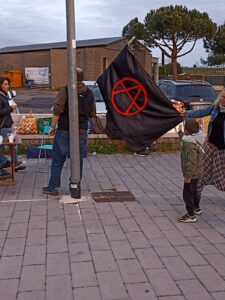 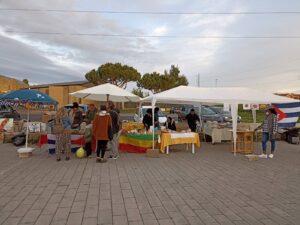 In Milan, the centre Ri-make hosted a meeting on the Swiss Referendum and the role of Frontex as the “watchdog” of the EU’s war against migrants. 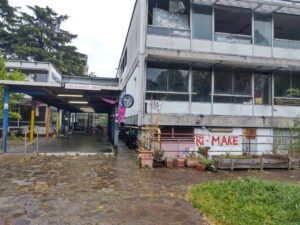 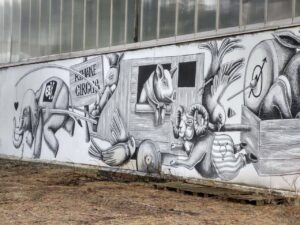 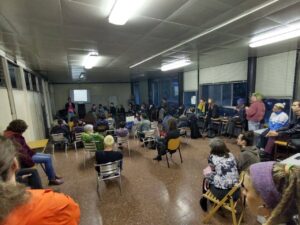 On May 15, Switzerland will vote on the expansion of Frontex. It’s time to make visible who in Switzerland is responsible for the border crimes at the external borders. We ask the whole society and politics to take an active stance against causes of flight and for the creation of safe migration routes. Freedom of movement and equal rights for all!
Scroll down to content